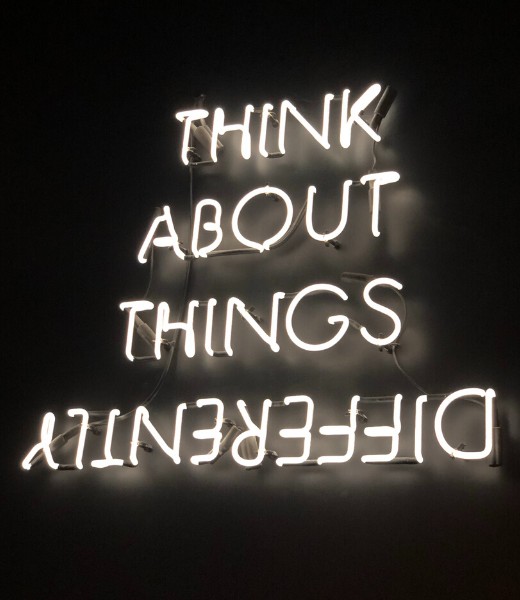 Lack of diversity in the interior design community

In light of all the events happening around the world, a conversation started online last week about the lack of diversity in the interior design community.

Lack of diversity is present in every aspect of life, whether you acknowledge it or you don’t, it’s there.
From zero non-white representation at management/senior levels in organisations, to models used by brands, or speakers on panels at events – this part of the globe presents as pretty pale.

This lack of diversity results in a really narrow view of the world. It also results in tone deaf campaigns (Kendall Jenner and Pepsi anyone?), insensitive imagery, offensive terminology and a lot of outrage (though sometimes outrage is the intended outcome, but that’s a whole other conversation).

If you’ve been around here for a while, you might remember my post about the excessive and lazy use of ‘tribal’ as a descriptor in the interiors world.

Another thing that still bothers me is – why are ‘plantation shutters’ still called that?
Everyone knows what a plantation was, what despicable period of history they represent and what happened to Black people in and on their grounds. Why is it ok to keep calling them this? Rhetorical question – it is not ok.

Both of these are solid examples of having nobody in the room to question such decisions, or no one empowered enough to object and be heard.

My experiences in the interiors community…

If you’re a dedicated interiors fan, you might have heard of ‘The Great Indoors’ podcast. Hosted by award winning journalist Kate Watson-Smyth and TV presenter and designer Sophie Robinson – as the name suggests, it’s all about interiors and making the most of your home.

Kate and Sophie put out a call on Instagram, asking non-white interior designers, stylists, bloggers and influencers to share their experiences/thoughts about the lack of diversity in the interior design community specifically.
So I decided to share some of mine…

You can listen to the full episode here and read the full transcript of what I said below.

Interior design in the UK has traditionally been a white upper/middle class domain – though blogging opened the field and made it much more accessible, it maintained its status quo.
As with society in general, the lack of diversity impacts every part of it.

PRs responsible for a brand’s products are majority white women. They reach out to bloggers/influencers who look like them, who they relate to, whose aesthetic aligns with their own, who they’re comfortable with. It’s easy and requires minimal effort so they stay in their bubbles of whiteness, possibly with one or two Black, Asian, non-white women in the mix, but they’ll be massive bloggers/influencers who everyone knows so there’s still a comfort level there.
We see who they work with consistently, we know when an output is tokenism or a tick box exercise for optics. We know their track record.

For a number of brands, no matter how many times I was told my details were added to their list, I wouldn’t get updates, invitations or even basic press releases.
I put this down to assumptions and an unwillingness to see past what they’re used to.
Assumption – because I’m Black, my audience must also be Black.
Many brands/PRs don’t see us as their audience/demographic. As a result, we’re not considered, or straight up ignored. We’re usually viewed as one big block – Black people, Black women. Instead of women who love interior design, who love DIY or who love gardening.
We are multi-faceted, but we’re just reduced to one group and that group is seemingly of no interest to most brands and PRs.

Many times my emails for requests to PRs/brands would be ignored. Fortunately I have ‘blogger friends’ who would give me the heads up about events, invitations or pass on PRs details. The times I wouldn’t get replies to emails they would add me as their plus one, or forward me the information I couldn’t get. Yes these friends are white.

Then I got used to going to events and being the only, or one of a few Black people present.
I got used to sometimes being treated differently at these events. Not greeted in the same way as other guests, spoken to rudely, being denied media kits or goodie bags with weak excuses when everyone else was given one.

It stopped me from blogging for quite a while because it became too much work. I started blogging (like many did) as a way to bring some joy into my life and share what I loved.
But when I started experiencing the same types of treatment I was getting in my every day life it put me off.

Blogging was supposed to be my escape, at that time I wasn’t prepared to fight to be seen and heard in this domain as well. Having to justify your existence in every part of your life, every single day is exhausting, so I stopped.

Read more
Happy 2019 you beauties! I decided to kick off this blogging year with something for YOU, my wonderful…
Read more
0
0
0
Read more
Bit of an odd title? Yeh maybe, but *exhales deeply* ‘we really do need to talk tribal’. This…
Read more
0
0
0
Read more
How was your extra long weekend? Probably now a long distant memory, but fabulous I hope. Now that…
Read more
0
0
0
This website uses cookies to improve your experience. We'll assume you're ok with this, but you can opt-out if you wish. Cookie settingsACCEPT
Privacy & Cookies Policy

This website uses cookies to improve your experience while you navigate through the website. Out of these cookies, the cookies that are categorized as necessary are stored on your browser as they are as essential for the working of basic functionalities of the website. We also use third-party cookies that help us analyze and understand how you use this website. These cookies will be stored in your browser only with your consent. You also have the option to opt-out of these cookies. But opting out of some of these cookies may have an effect on your browsing experience.
Necessary Always Enabled
Necessary cookies are absolutely essential for the website to function properly. This category only includes cookies that ensures basic functionalities and security features of the website. These cookies do not store any personal information.
Non-necessary
Any cookies that may not be particularly necessary for the website to function and is used specifically to collect user personal data via analytics, ads, other embedded contents are termed as non-necessary cookies. It is mandatory to procure user consent prior to running these cookies on your website.
SAVE & ACCEPT